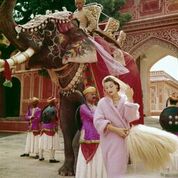 Winter is coming, apparently, and with it, the film festival season.

The Resene Architecture & Design Festival has just kicked off in Auckland, the first stop of a four-city tour that ends in Christchurch in mid-July. As always, lots of modernism and brutalism and a couple of fashionable biopics. AKA Parkinson commemorates the career of one of the last century’s pioneering fashion photographers… while Altina draws attention to the less famous Altina Schiasi, heiress, artist, film-maker, and the woman who gets the credit for cat’s-eye glasses. Hmm – sounds like theme dressing might be in order for this one. If you need convincing, there’s a great interview about this (and more pics) from RNZ.

Both play more than once in all centres; check the programme and schedule for your local screenings. http://www.resene.co.nz/filmfestival.htm

The NZIFF has started dribbling out its programme for the year; the full schedule is due late June for Auckland and Wellington. Watch this space for anything costume/textiley.

May also means Met Gala month, and alongside the red-carpet rating (you know we all check these out) for the exhibition opening, this year there’s also the return of Anna Wintour in The First Monday in May, New Zealand dates yet to be announced for most centres. Let’s face it, this is as close as most of us will get to the Met Gala, and it looks like being this year’s most fabulous frock movie.

The trailers are also out for the Absolutely Fabulous movie. Patsy doesn’t look a year older, just more spraycoated than ever, Kate Moss goes swimming, and the old gang is all back. I’m not a fan, but it’s on its way, and I did laugh a couple of times during the trailer, which you can seek out for yourself if you’re so inclined.